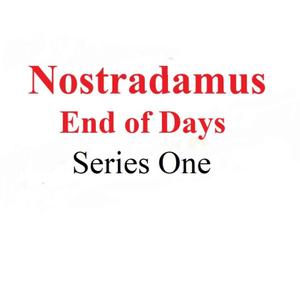 Nostradamus predicted toxic farmlands and devastating water shortages would lead to famine, social unrest and war. Scholars analyze his grim prophecies to reveal when humankind will be wiped out of existence.

Nostradamus predicted gigantic asteroids would smash into land and sea, obliterating everything and everyone on Earth. Scholars decode his prophecies to determine when our world will be shattered from above.

Discovery Plus - Nostradamus End of Days: Series 1 (2021)
HDTV | 1920 x 1080 | .MP4/AVC @ 4548 Kbps | 4x~42mn | 5.53 GB
Audio: English AAC 160 Kbps, 2 channels | Subs: English
Genre: Documentary
This all-new series reveals exactly how the world will end, and what will be behind it, as predicted by history’s greatest prophet, Nostradamus. Combining the infamous seer’s ancient words with paintings from a mysterious lost book bearing his name, the series decodes new prophecies and causes of the world’s demise. Nostradamus saw the impending apocalypse 500 years ago, and now it’s up to experts to reveal the terrifying truth his visions can prepare us for.
2021 Documentary HDTV 1080p Nostradamus
Details
Publication archive