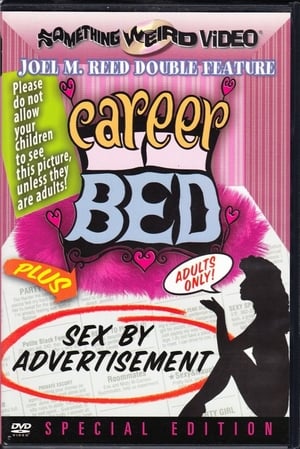 You'll be shocked, amazed, and maybe just a little bit creeped out by the things you can find in your newspaper's classified ads in this vintage sexploitation "mockumentary" from Joel M. Reed. Georgina Spelvin serves as host and guide to this exploration of the sexual netherworld, which can be accessed through discreet ads placed in "underground" newspapers and on public bulletin boards. We meet voyeurs looking for good peeping spots, homosexuals on the cruise for new partners, masked swingers clubs, nudie photographers trolling for naïve new models, a man who makes a good living providing S & M enthusiasts with leather gear, adult film societies screening stag movies for heavy-breathing fans, and "Lonely Hearts Clubs" preying on unsuspecting bachelors looking for relationships with teenage girls. Director Joel M. Reed (who would later make the bizarre horror-comedy Bloodsucking Freaks) and actress Jennifer Welles (a major star in 1970s adult films) can be spotted in cameo roles.
Drama
Details 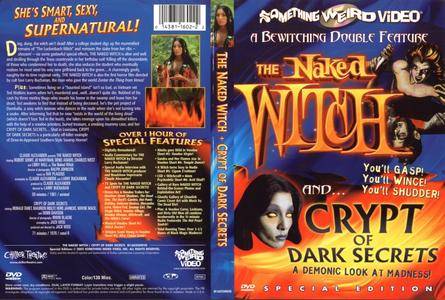 The Naked Witch: Ding, dong, the witch ain't dead! After a college student digs up the remains of The Luckenbach Witch and removes the stake from her ribs, The Naked Witch is alive and well, strolling through the Texas countryside in her birthday suit!…
Crypt of Dark Secrets: Vietnam vet Ted Watkins is robbed of his cash by three thugs who invade his swamp home and leave him for dead…. 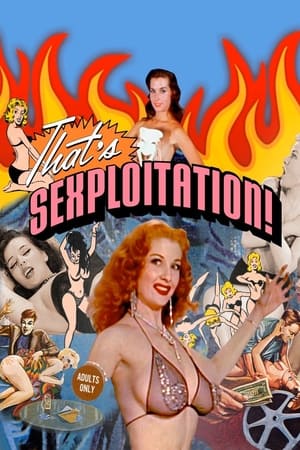 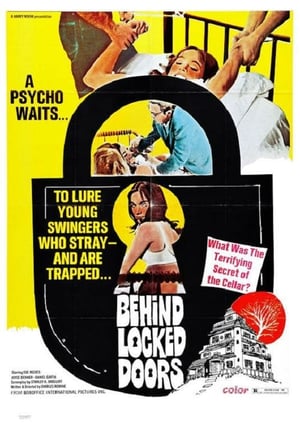 Terry and Ann are two "swingers" who spend the night in a spooky old house, where they're subjected to bizarre sexual experiments by Mr Bradley and his deranged sister.
Horror
Details 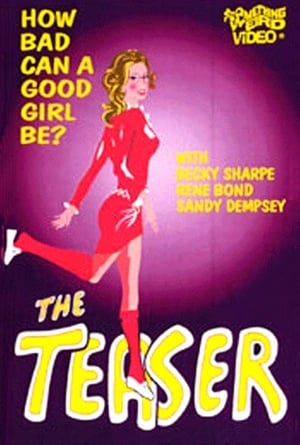 Teaser (1973)
College student Becky Bartolucci earns a living as a dancer at a nightclub. It's just a way for her to pay for her degree until one day, an obsessive customer reminds her how dangerous her job can be.
Drama
Details

Girl in Trouble (1963)
Bored farmer's daughter sets out to make it in the big city. She gets mixed up with freaks, perverts and degenerates and winds up a stripper in New Orleans.
Crime Drama
Details 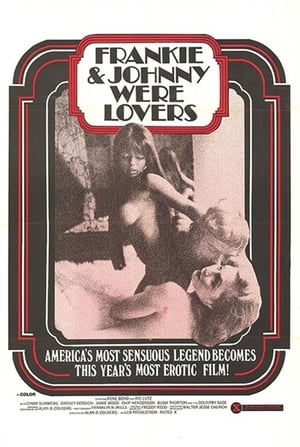 Frankie and Johnnie... Were Lovers (1973)
American folklore goes nutty and smutty with Frankie and Johnnie... Were Lovers, and, "Oh Lordy, how they could love!" Especially since Frankie is played by everyone's favorite pouty-cheeked sex starlet, RENE BOND, and Johnnie is her frequent co-star and then-paramour, RIC LUTZE. As the trailer proclaims, "Lovers in real life, they give the performances of their careers!"
Comedy
Details 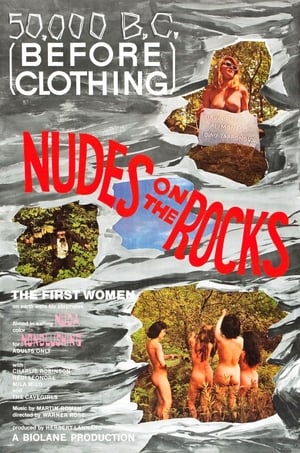 50,000 B.C. (Before Clothing) (1963)
A man travels back in time and meets prehistoric cavepeople who are often nude.
Science Fiction Comedy
Details 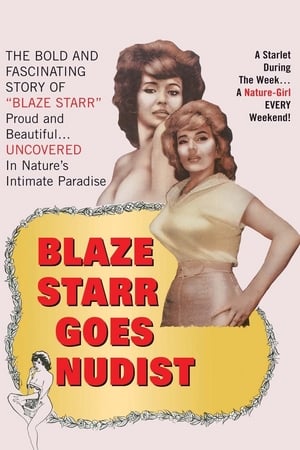 Blaze Starr Goes Nudist (1962)
Blaze Starr, playing herself, is tired of performing the duties of a star. At a movie theater, she watches an advertisement for the Sunny Palms Lodge, only 30 miles from where she lives. She joins the place and finally can relax and enjoy nature as a newborn nudist. She drives her agent - who is also her fiancé - to distraction by ignoring scheduled "press functions" and spending her weekends at the nudist camp.
Drama Romance
Details 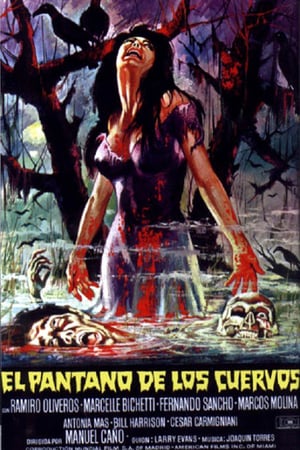 The Swamp of the Ravens (1974)
Dr. Frosta dumps body parts and corpses in the marsh, where they rise up again for vengeance.
Horror
Details 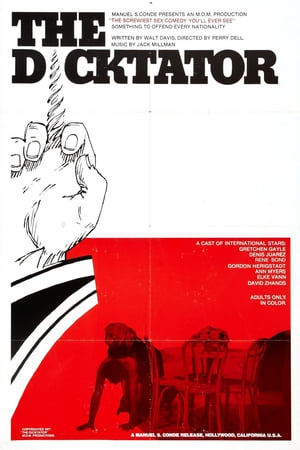 The Dicktator (1974)
Virile men are hard to come by when an experimental male birth-control pill leaves the male population sterile, bringing the birth rate down to zero.
Comedy
Details 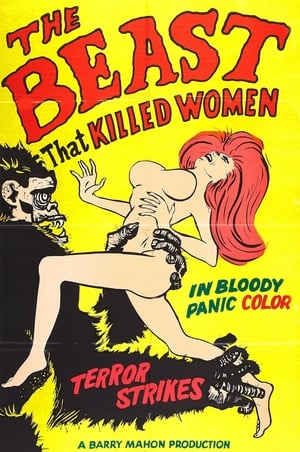 The Beast That Killed Women (1965)
Panic and fear strike the hearts of the terrorised sun-kissed nudist girls of a once peaceful nudist resort in sun-bleached Miami, when a mysterious, yet menacing intruder manages to find his way in the camp.
Horror
Details 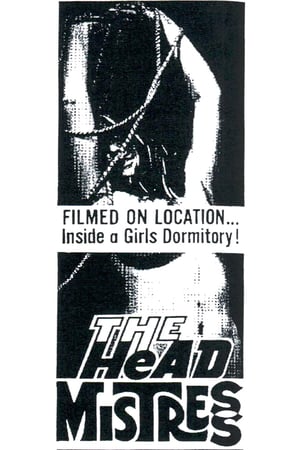 The Head Mistress (1968)
A man pretends to be an imbecile so that he may work at an all-girls school.
Details 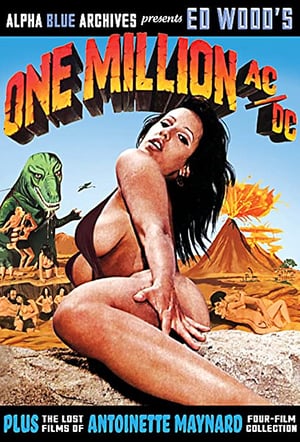 One Million AC/DC (1969)
A group of sex-crazed cave people are being harassed by a Tyrannosaurus Rex. While they try to figure out a way to deal with this threat, they have sex and eat a lot.
Comedy Fantasy
Details 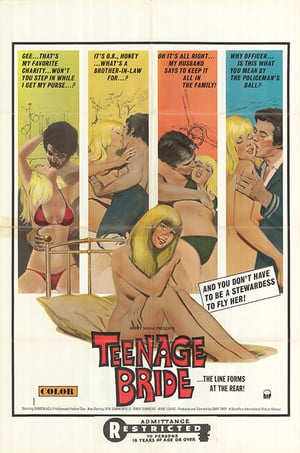 Teenage Bride (1974)
Buxom nudist mistress Marie wants her lover to hire a private detective to tape the lover's wife with the lover's college dropout stepbrother. But while the men's secretaries seduce them, Marie seduces the stepbrother by herself.
Drama
Details
Publication archive