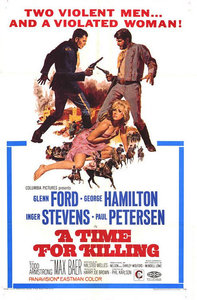 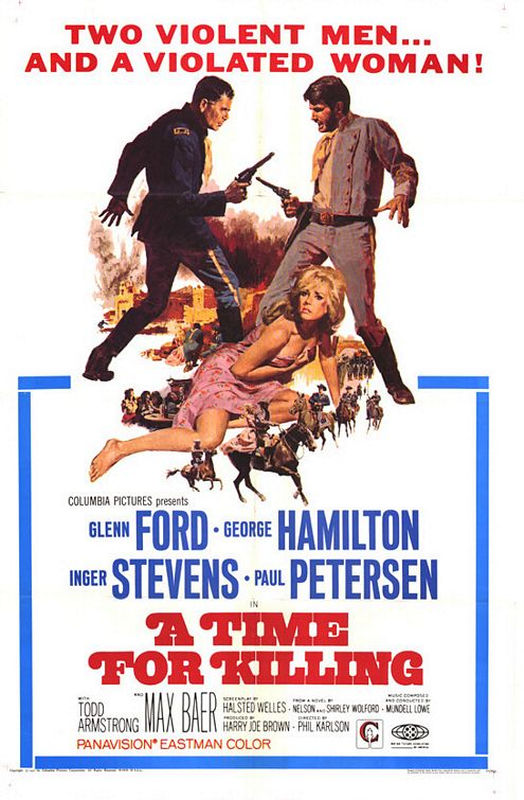 The Long Ride Home is the British title for the Columbia Civil War western A Time for Killing. The stars are Glenn Ford, a regular of sagebrushers, and Inger Stevens, a relative newcomer to the genre who between 1967-1970 made up for lost time with such films as Hang 'Em High and Firecreek. Ford is Union POW camp commander Major Walcott who rides out to capture escaped Confederate prisoner Captain Bentley (George Hamilton). Bentley and his men have kidnapped Walcott's fiancee Emily Biddle (Stevens) to assure themselves safe passage, but several of the escaped Rebs hope to divest themselves of Bentley and have their way with their beautiful captive. Among the troops is a very young Harrison Ford, collecting his meager Columbia contract paycheck and hoping for better days. IMDB